Nordic Waterproofing’s operations are affected by seasonal variations, with January, February and December being the weakest months. In the financial year2021, sales during these three months accounted for just under 19 per cent, while the other nine months accounted for 81 per cent, which is in line with the five-year average. The decline during the winter months is explained by cold and challenging weather conditions and its impact on the construction industry.

In general, there will be some stockpiling during the winter months, which will lead to a reduction in stock during the summer months because of the increased activity in the market. If winter arrives early, it may result in the postponing of several planned projects, which in turn has a negative effect on the year’s results. The same applies if the winter is long and the season starts in late spring.

For risks and sensitivity analysis, please see Note 33 on page 91 in the annual report for 2021. 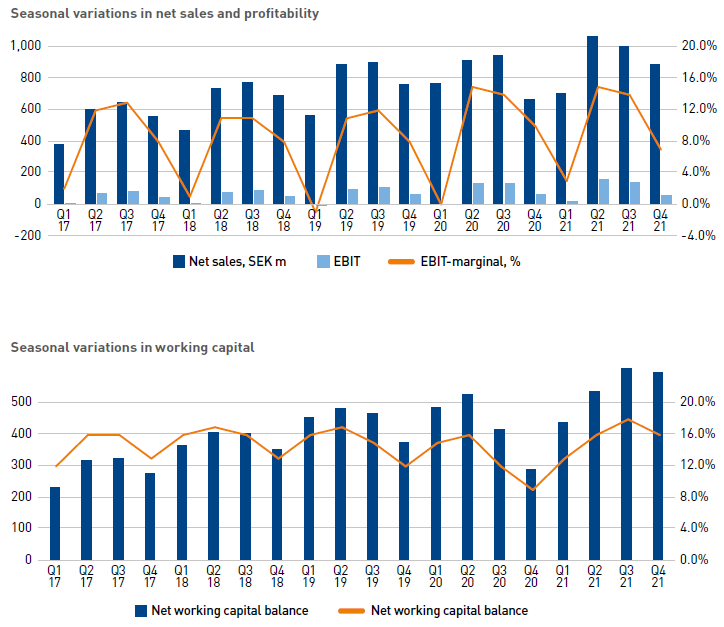